On Wednesday afternoon, the University of Alaska Museum of the North moved the 1940s-era bus, made famous by Jon Krakauer’s book “Into the Wild” and the 2007 film of the same name, to the university’s engineering building in Fairbanks.

It will spend the rest of the academic year in the building’s high bay lab, where museum staff, engineers and conservators will continue the painstaking work of preparing it for display at the museum. The lab, which is visible from the building’s atrium, will offer a warm place to work and the public’s first chance to see the bus since its removal from the Stampede Trail last year. 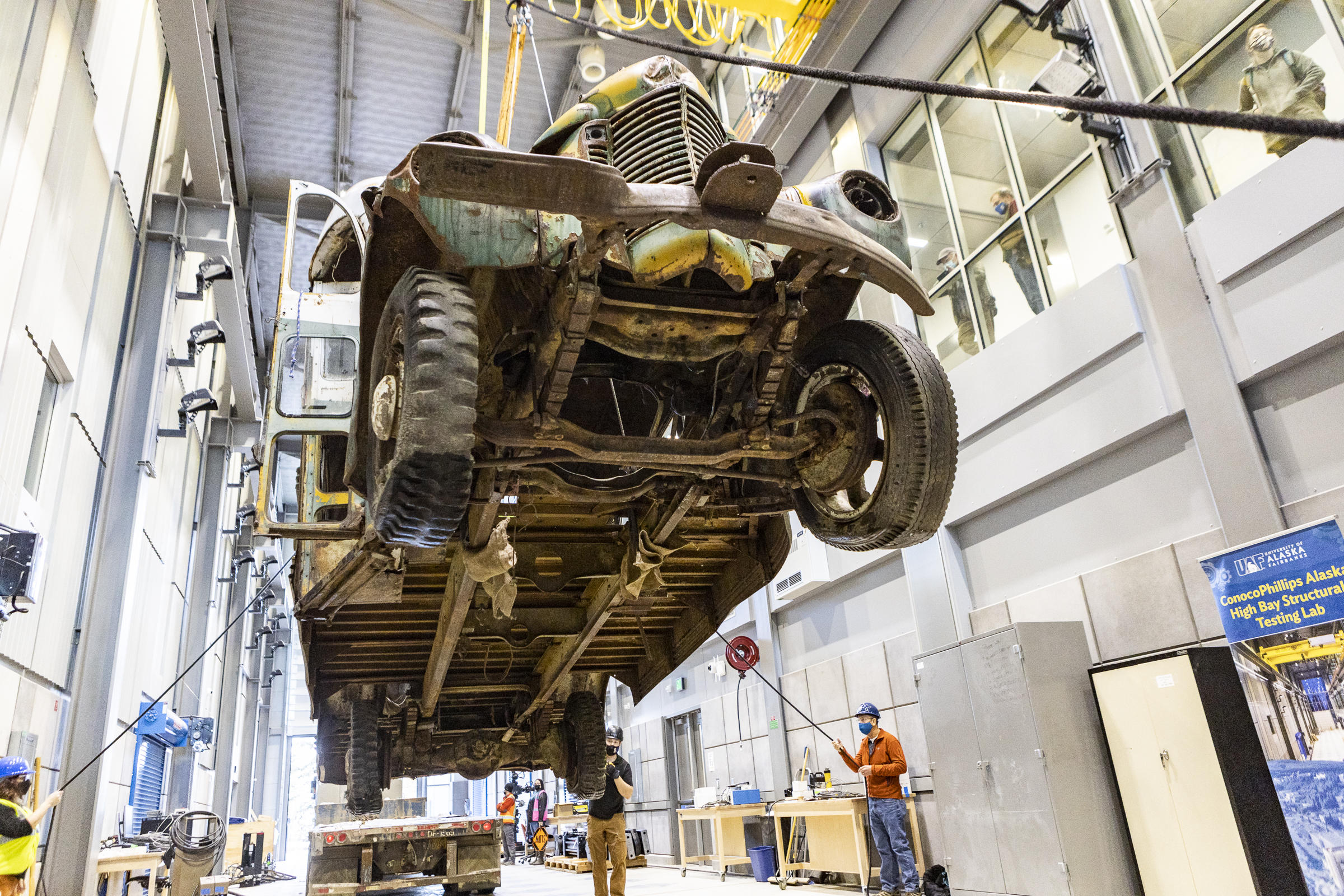 “The process of preparing Bus 142 for permanent display is a lengthy one, but its presence in the engineering building will allow the public to follow along with that process, both here in Fairbanks and online,” said museum ethnology and history senior collections manager Angela Linn. The museum plans to install a webcam so that the public can view the conservation work online.

Bus 142’s fame grew from the story of Chris McCandless, a 24-year-old man who died at the bus in 1992. The remote site north of Denali Park became an often hazardous destination for visitors inspired by McCandless’ story. Some of those visitors were injured or died on the journey, which prompted the Alaska Department of Natural Resources to remove the bus from the Stampede Trail in June 2020. Three months later, the bus arrived at a storage facility in Fairbanks, where museum staff began conservation work. 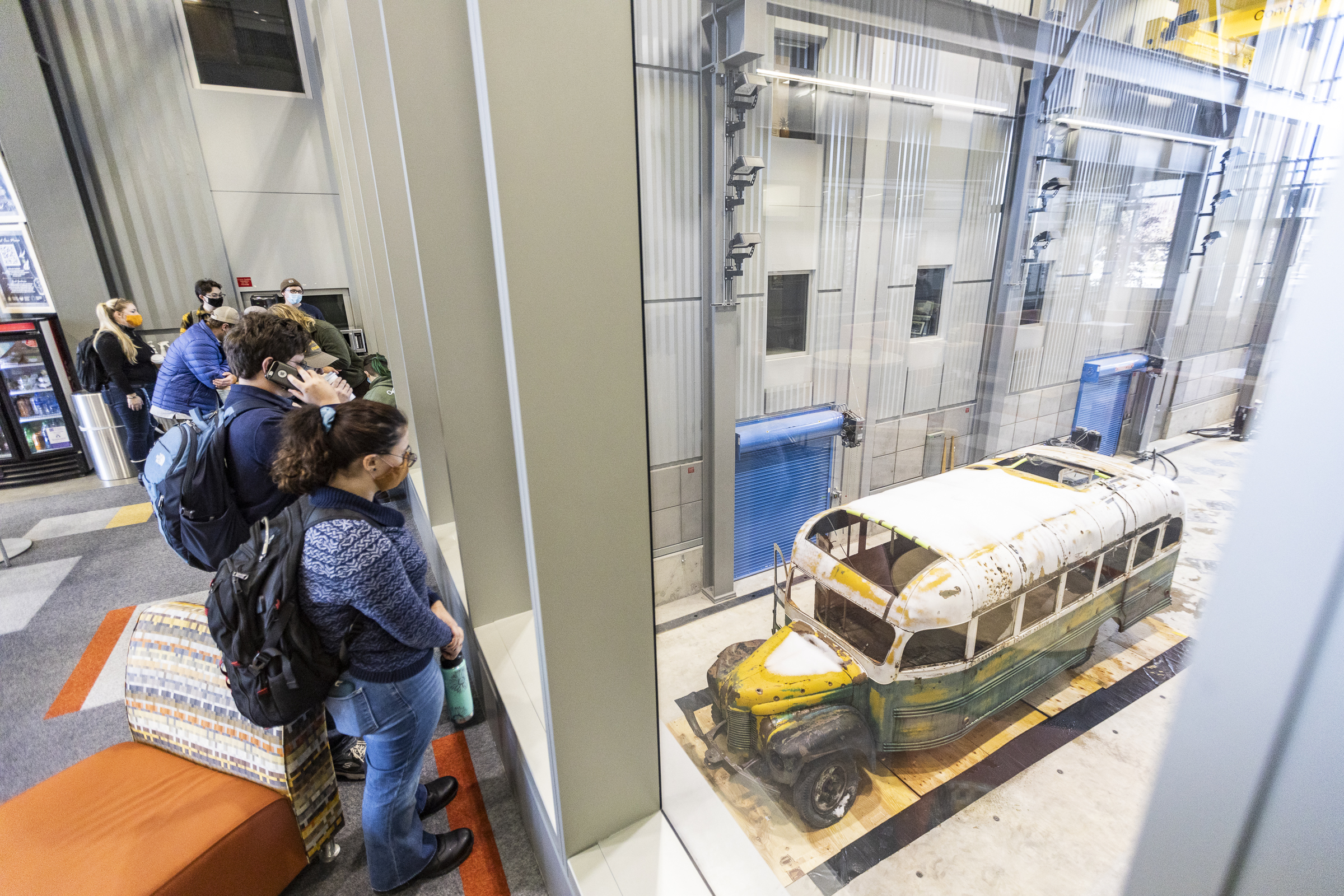 Throughout the winter, the museum team will take detailed photographs and 3-D scans of the bus, and will build a structure to support the bus frame. During the spring semester, they will work with UAF engineering students on design and fabrication of a cover for the exhibit, which is slated to be outdoors just north of the museum on the University of Alaska Fairbanks campus in Fairbanks. In the next year, specialists in historical vehicle conservation will begin to prepare the bus for exhibit, a process that involves both repairs and cleaning, as well as preservation work.

“Our goal is for visitors to experience the complete story of the bus: Its journey to Alaska, its role in Chris McCandless’ final months and the decades of public interest following his death,” Linn said.

Members of the public can view the bus from the engineering building atrium weekdays from 8 a.m. to 8 p.m. and online via a soon-to-be installed webcam, which will be linked from the museum’s website.

MORE INFORMATION
Support the preservation, interpretation and exhibition of the bus by visiting https://uaf.edu/museum/collections/ethno/projects/bus_142/.