On June 18th, 2020,
The Alaska Dept. of Natural Resources had Bus 142 removed from its 60 year residence on the Stampede Trail.

From the DNR’s viewpoint, another season of under-prepared travelers would soon begin; those attempting to hike to the bus to connect with Chris McCandless’s story, known globally through the book & movie Into the Wild. 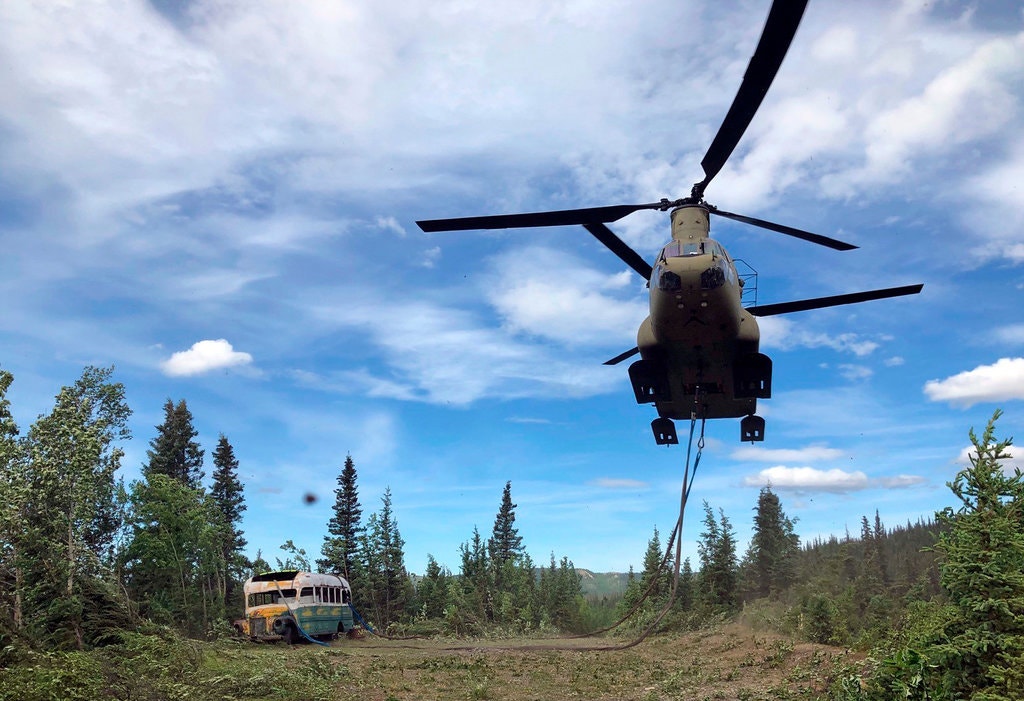 Though many did manage the trek without incident, the dangerous rescues and recoveries were becoming too frequent, and costly. The frustration of many locals grew with this redundant cycle, resulting in serious vandalism of the bus. As such, it was no longer useful as a hunting shelter, its original function after its abandonment by mining road workers in the early 1960’s.