During the 2+ years Chris traveled the North American Continent after graduating from Emory University with honors, he routinely kept concise notes as a daily journal. Reliant on an excellent memory, at the end of each specific expedition he would review these brief memos along with his photographs, and expand them into full length entries. Chris entrusted these diaries to his friend & employer in South Dakota, Wayne Westerberg. Chris’s last request—if anything were to happen to him—was that the diaries not be handed over to his parents. He then headed north. With Chris’s journey in Alaska ending unexpectedly, we are left with his final photographs and these epigrammatic observations recorded on the back pages of a field guide he carried, Tanaina Plantlore. 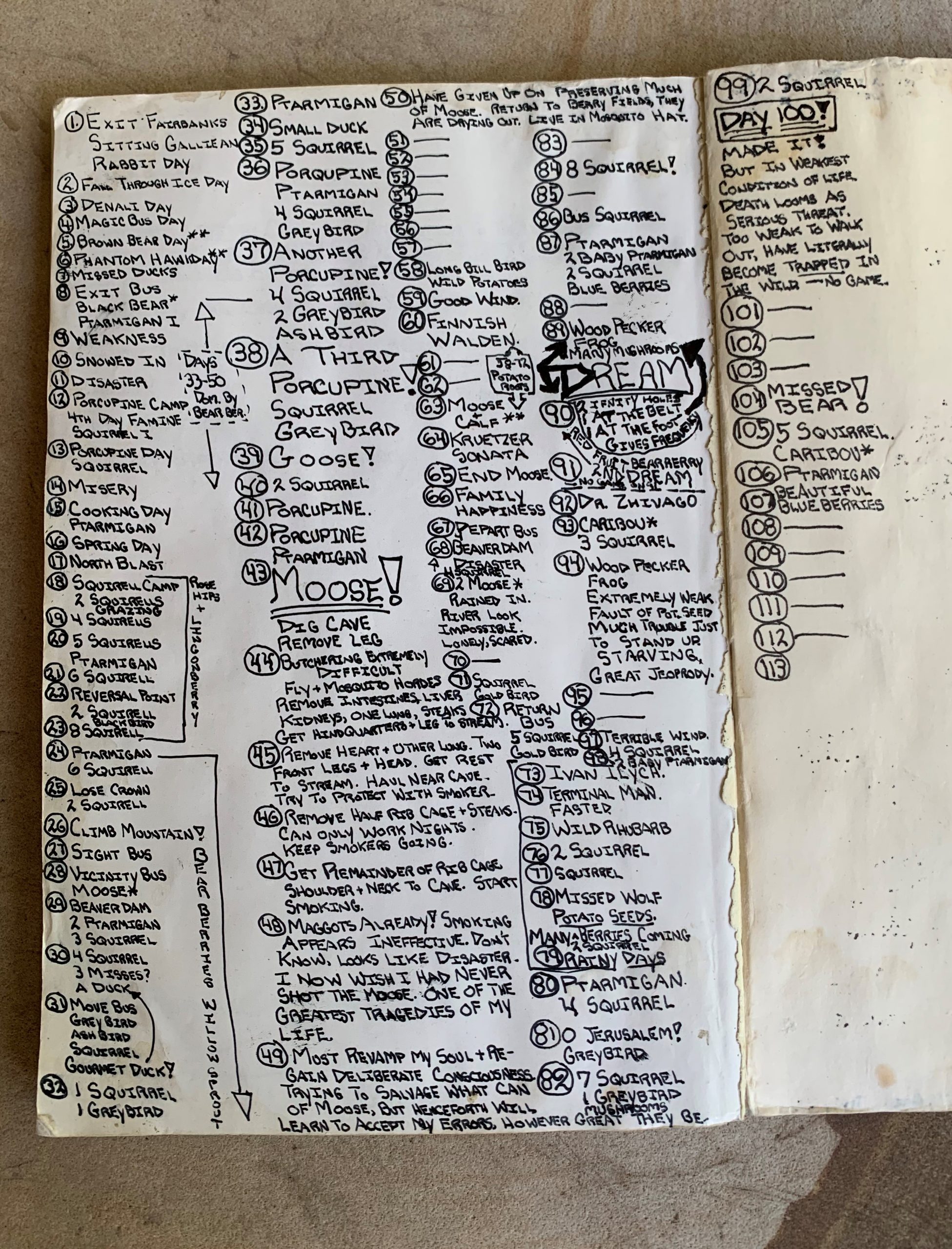 Abridged excerpts from Into the Wild by Jon Krakauer

…McCandless spent two days and three nights in the vicinity of Fairbanks, mostly at the University of Alaska. In the campus bookstore, tucked away on a bottom shelf, he came across a scholarly, exhaustively researched field guide to the regions edible plants, Tanaina Plantlore/Dena’ina K’et’una: An Ethnobotany of the Dena’ina Indians of Southcentral Alaska by Priscilla Russell Kari. From a postcard rack near the cash register, he picked out two cards of a polar bear, on which he sent his final messages to Wayne Westerberg and Jan Burress from the university post office.

…At the conclusion of his preparations in Fairbanks, McCandless loaded up his pack and started hiking west… 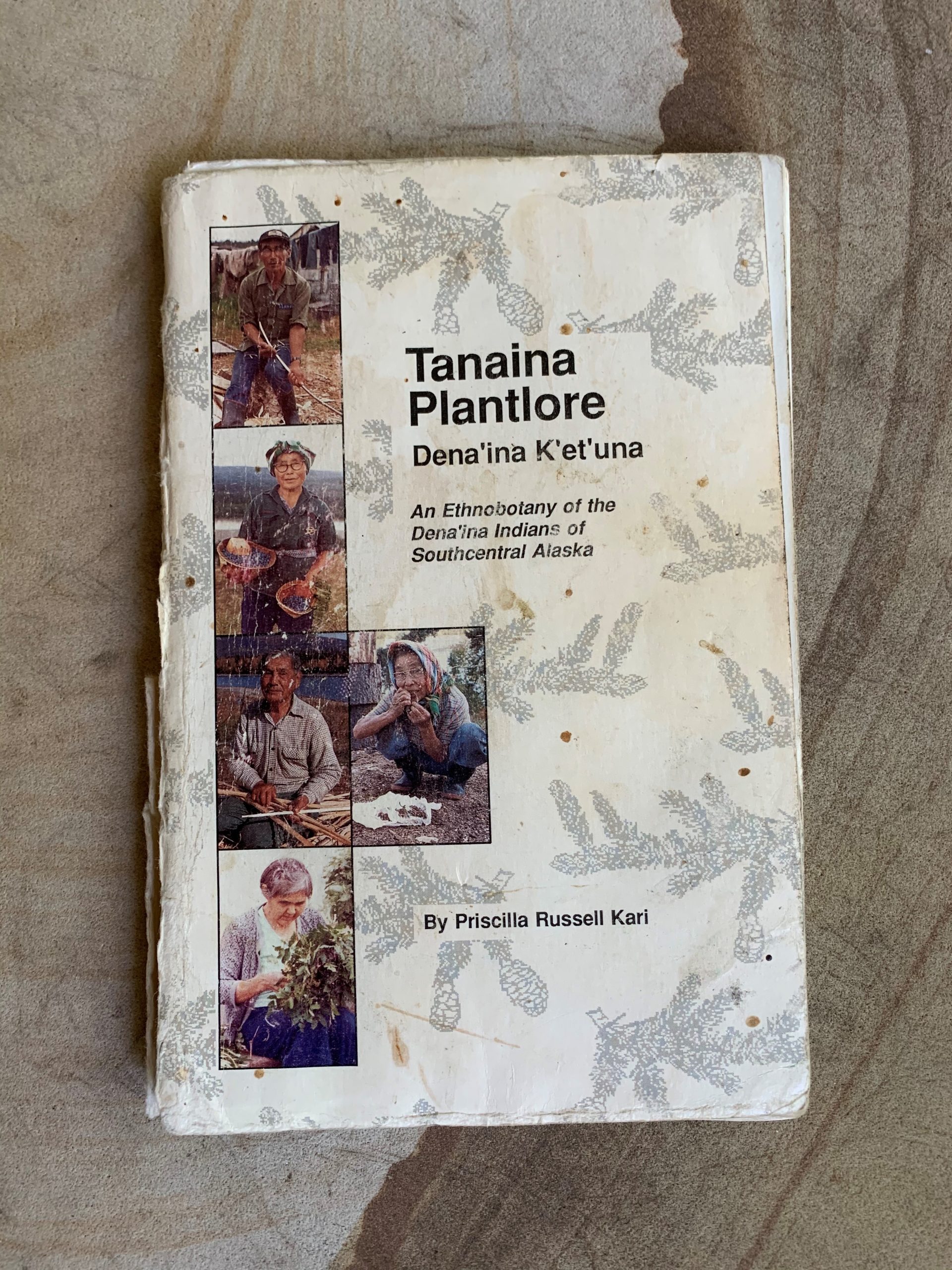